At Worldcon, I managed to catch up with the wonderful Leigh Bardugo, author of the Grisha Trilogy. 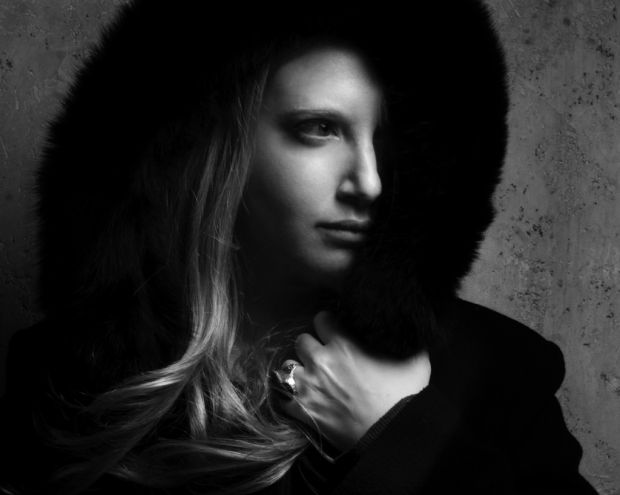 Leigh Bardugo is the New York Times and USA Today bestselling author of the Grisha Trilogy, which is comprised of Shadow and Bone, Siege and Storm, and Ruin and Rising. She was born in Jerusalem, grew up in Los Angeles, and graduated from Yale University, and has worked in advertising, journalism, and most recently, makeup and special effects. These days, she lives and writes in Hollywood, where she can occasionally be heard singing with her band.

The Grisha Trilogy introduces us to Alina, a shy orphan, transformed by the power she unlocks from within herself. Her journey takes us from the orphanage to the First Army, to the capital of Ravka and the mysterious and powerful Grisha. Full of beautiful imagery, brutal events and incredible characters, set in a vivid, intoxicating world, everybody wants to be part of the Grisha world.

I first met Bardugo at Titancon 2012, when I found myself alone in the hall with the table of guest authors. Bardugo (who was sat with Peadar Ó Guilín, one of my first ‘Ask The Author’ victims) impressed me so much, with her easy laughs and clear passion for her books, that I bought Shadow and Bone straight away.

So when I discovered that Bardugo was going to be at Worldcon in London, I simply couldn’t pass up the opportunity to catch up with her again. After some discussion and signing of books, I started to ask her all about her writing process.

Bardugo was, as many of us are, a reader before she was a writer.

And I think I was a reader because of my grandfather. I was basically raised by my grandparents, and my grandfather developed a love of language in me very early on. So I think that’s where writing my own stories began.

Becoming a writer is, of course, really about finishing the work. Bardugo wrote for a long time before she managed to finish a book.

All I can say is that it was always something I wanted. It was really about making the decision to finish.. to give up on perfection, and simply do it.

There are many authors who Bardugo admires, but she names George RR Martin, Frank Herbert, Dianna Wynne Jones and Madeleine L’Engle as ones who fostered an early love of science fiction and fantasy in her.

Because the Grisha Trilogy has a very heavy Russian influence, I wanted to know if Bardugo had ever spent any time in Russia. Unfortunately she hadn’t, but she would love to go. So I asked where the influence came from.

I wanted to take the reader someplace a little bit different. There certainly are many fantasies being written now [that are set] outside of the medieval European tradition, and that was something I definitely wanted to stay away from.. The failure to industrialise, the presence of a large conscripted serf army, these things lent themselves to the Russian influence for world-building.

The story of Anastasia, according to Bardugo, resonates with pretty much every generation.

Even if you don’t know anything about Russia, people often have incredibly powerful associations with it. Everyone knows who Rasputin is, everyone knows the story of Anastasia, they know who Stalin is.. There are powerfully beautiful images, and powerfully brutal images, and so in this way Russia lends itself very well to fantasy.

Bardugo’s tips for aspiring writers include reading outside of your comfort zone, and outside of the genre you write. Try poetry, non-fiction, in order to learn the way narrative works, and soak up the way language works. And banish perfection. None of the books that we know and love were first drafts, so silence that inner editor.

Shadow and Bone was the first book I finished. I have so many story ideas, I just wish I could write so much faster and put them all down.

She would love to tell her younger self that nothing is wasted.

It may also make you a better professional. As far as Bardugo’s concerned, being a writer is the best job in the world, but it is a job.

You’re meeting deadlines, you have obligations that you might not want, and more importantly, you have days, as in any job, where it doesn’t feel like a calling. I think we have this idea about being creative, like “it’s your calling, you were destined to be a writer or an artist or whatever!” and that’s great, except there are gonna be days where it just feels like a job – a job you’re not any good at. Those days when you feel like a failure are actually not signs that you’re on the wrong path, but just signs that you’re trying to do something bigger than anything you’ve ever done before.

Bardugo also mentions the possibility of going to graduate school.

I often get a lot of questions from readers about should I go to grad school, should I be a creative writing major, and my response to that is always, if you want to but it certainly isn’t necessary. There isn’t one path to becoming a writer. There’s value in everything.

Besides doing research for her own novels, Bardugo recently finished The Winner’s Curse by Marie Rutkoski, which she describes as ‘just fantastic, and deserves a lot more attention.’ She’s currently reading the first book in Moira Young’s Dustlands Trilogy.

Bardugo’s next series, called The Dregs, will arrive next autumn, and is set in the same world as the Grisha Trilogy, but after the events, in a different country, and with a different cast of characters. She also has a horror short story, called It Has to be Fed, coming out in an anthology called Slasher Girls and Monster Boys.

‘My friend pitches my books to her kids as Harry Potter meets Anastasia meets Avatar: The Last Airbender. I don’t know if that’s my book, but I’d like to read that book!’

However you define them, Bardugo’s novels are quite simply a work of art, and you’d be a fool to miss out on them.

For more information, and Bardugo’s tour dates, check out her website. The Grisha Trilogy is available on Lovereading.co.uk, the UK’s No.1 book recommendation site. 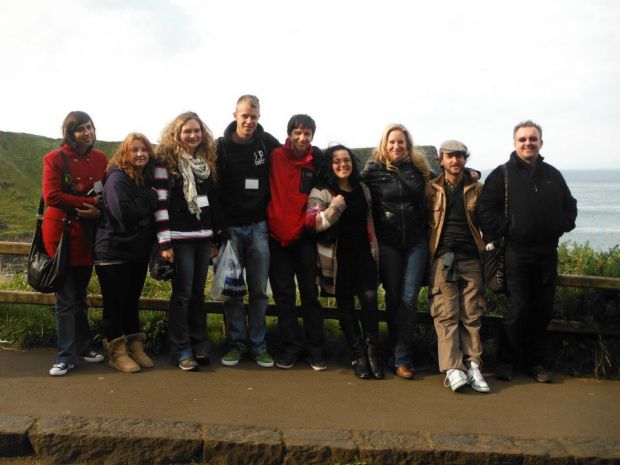 Claim to fame – that’s me second on the left, Peadar in the middle, and Leigh third from the right, at the Giant’s Causeway.